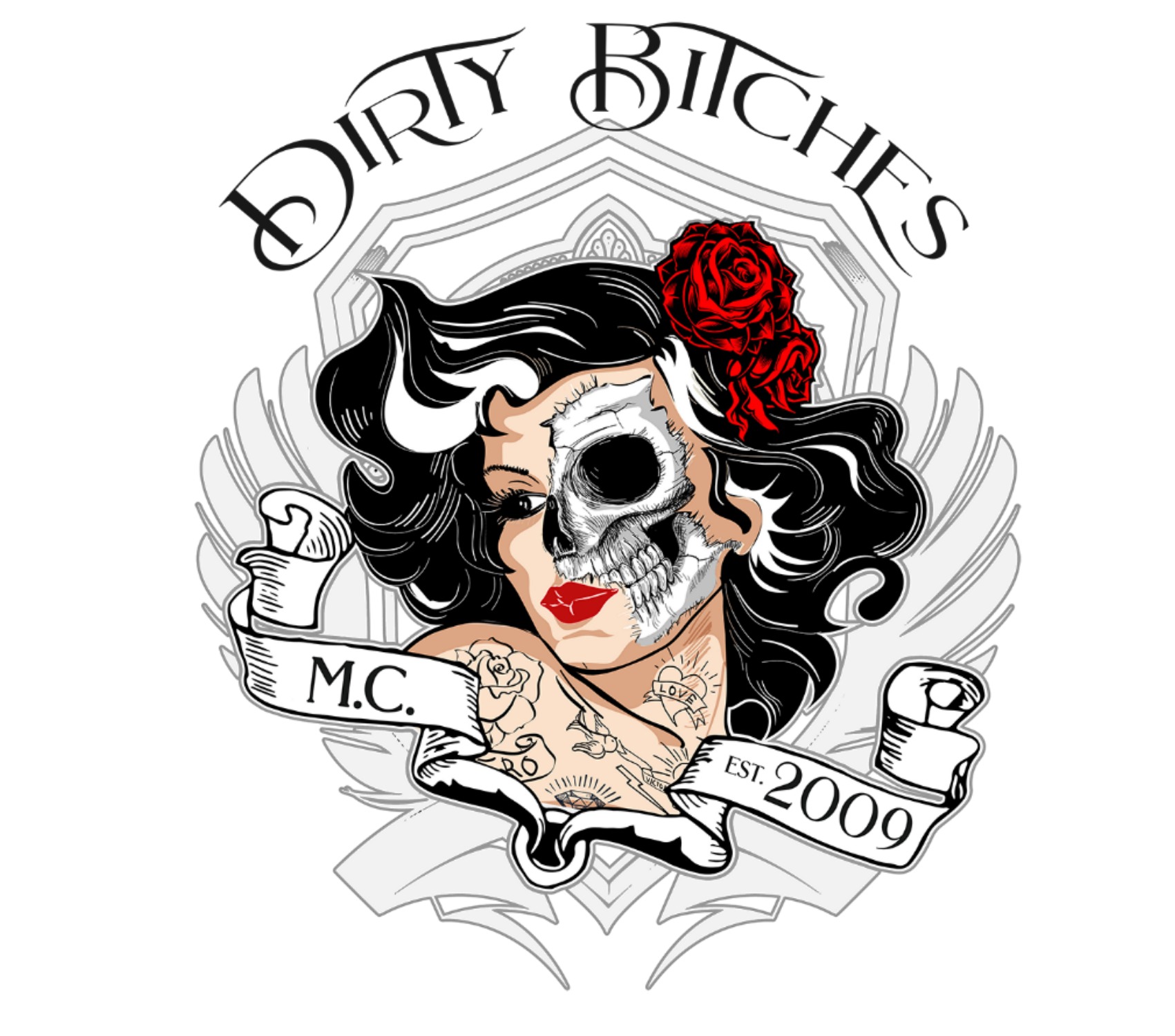 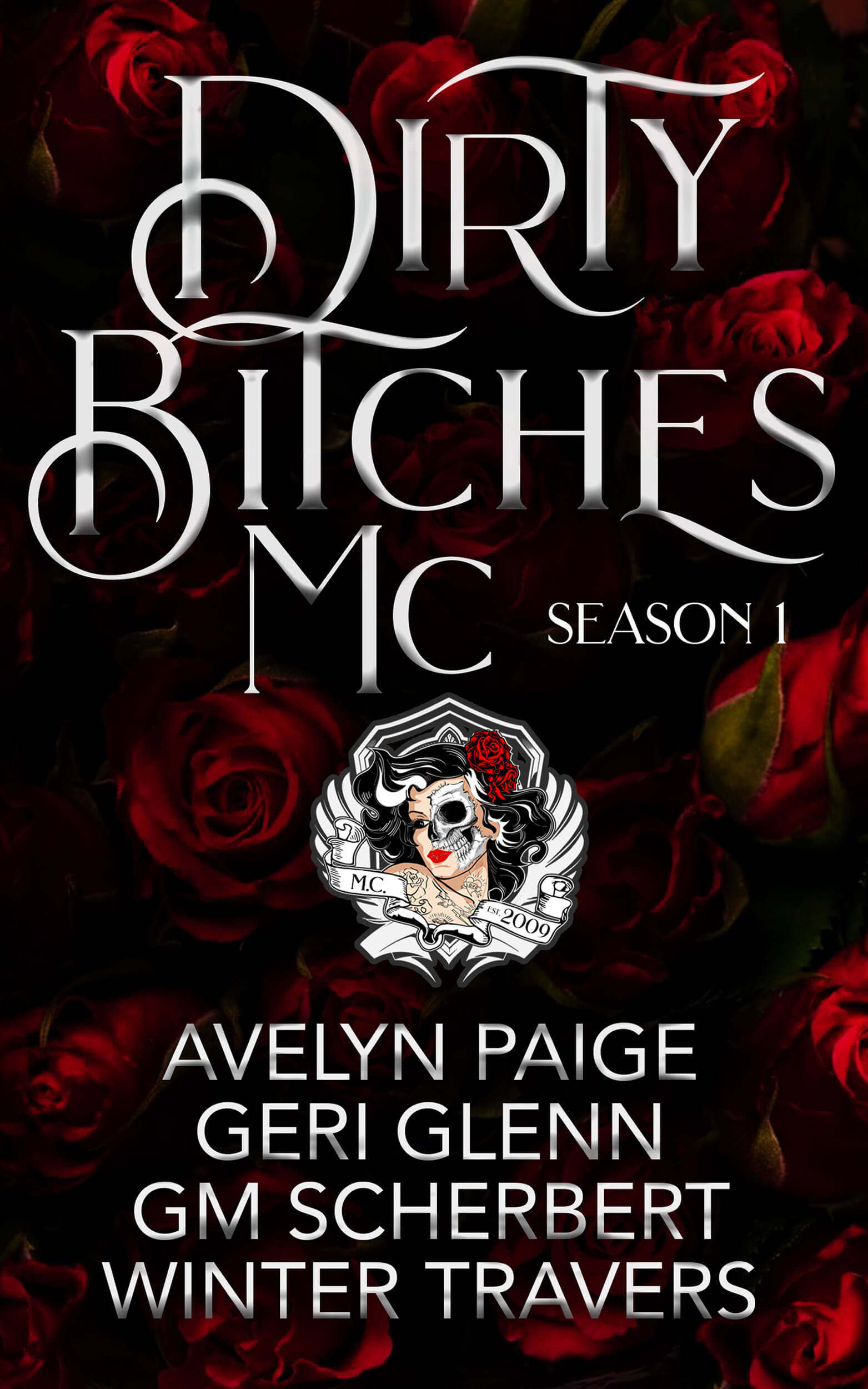 Four international best-selling authors, one unique MC series that will change the MC Romance world forever. Welcome to Magnolia Springs, where the Dirty Bitches MC rules the roads and the readers dictate the story.

Livin’ On a Prayer – Avelyn Paige

Dixie Ryder just can’t catch a break. After leaving the safety of her uncle’s motorcycle club for a marriage that ends in disaster, she leaves town and starts an all-female club of her own. Just as life is finally going her way, Dixie’s ex-husband breezes into town, fresh from the military and hell-bent on fixing their broken relationship. Old wounds are re-opened, loyalties are tested and Dixie’s world is turned upside down once again.

You Give Love a Bad Name – Winter Travers

River Bane is in full control of her destiny. She grew up with nothing, and vowed never to live that way again. A tough as nails attitude and fierce loyalty to her club keeps people at bay, and that’s just the way she likes it. Until the local sheriff gets it in his head that she’s the one for him. He won’t rest until the woman behind the sky-high heels and sexy scowl is in his bed, in his life and in his future.

Bernadette Simms has a history most women would never survive, but she did. Never again will she give any man the power to rock her entire world. And then one fateful day, she meets Roman Williams. He’s a genius with a six pack and eyes she swears can see into her very soul. Roman doesn’t belong in her world, but he’s not going away without a fight.

Born to Be My Baby – GM Scherbert

Katarina Orlovis is a hard ass. Armed with a tattoo gun and a dark past, she holds most people at arm’s length. As a single mother and a business owner, she doesn’t have time for relationships or men, but when a dark and dominant stranger walks into her shop, Katarina is intrigued. He tempts her in a way that has her questioning everything. But could she really go to her knees for him? She’s not sure she can ever give that much of herself to anyone again. Too bad he’s not taking no for an answer. 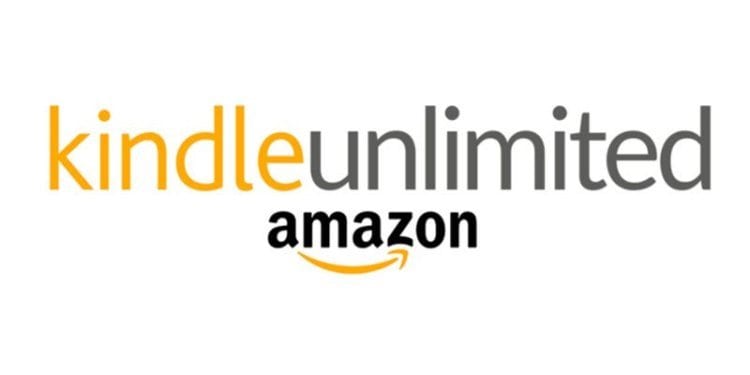 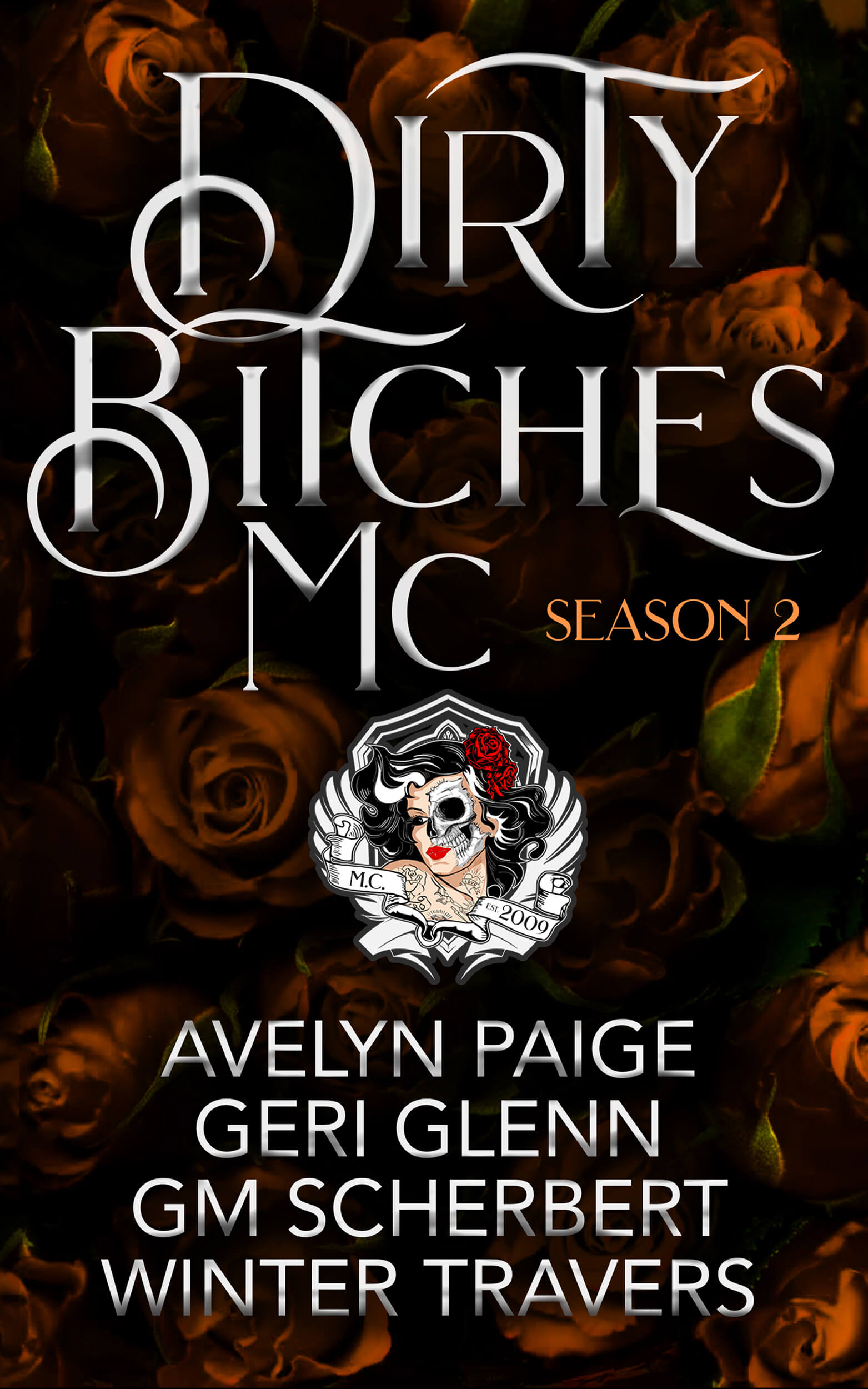 Four lucky readers are prospecting for a place in the Dirty Bitches MC. Magnolia Springs will never be the same again. Written by four Internationally Bestselling Authors, The Dirty Bitches MC is an author/reader experience unlike any before it, where the reader dreams up the story and the author gives it life.

Della Lane’s path in life has always been a dark and treacherous one. After escaping an abusive marriage, she’s found her family in the Dirty Bitches MC, and the freedom she’s been looking for. Her life is finally back on track, until a robbery brings a handsome stranger barreling into her life. One that is now hell bent on protecting her, when her stalker ex-husband decides their divorce isn’t so final after all.

Lay Your Hands On Me – Winter Travers and Nikki Horn

Being Stiletto’s baby sister has never been easy for Kit Bane. She wants nothing more than to be out of her shadow and to prove to both her sister and herself that she is worthy of being one of the Dirty Bitches. But when one man comes crashing into her life, she can’t help but wonder if being a prospect for the DBMC is really what she wants or if life outside of Magnolia Springs is what she actually needs.

Onyx Schmidt is a single mom with a busy life she wouldn’t trade for the world. Between her son, her job and prospecting for a place in The Dirty Bitches MC, Onyx doesn’t have a lot of time to herself. When two broody, muscular men show up on her doorstep, winning over her son, and sending her ovaries into overdrive, Onyx knows life will never be the same again. But can she juggle a new relationship made up of three people when things with both her son and her club are in jeopardy?

’Til We Ain’t Strangers Anymore – GM Scherbert and Liz Preston

The Dirty Bitches MC is a family so different, yet so much more than the one Billie Jo grew up with. Working at Stained Skin and seeing the way the club have each other’s backs, she wants nothing more than to be a part of the sisterhood, even if it does mean Titz is her sponsor. Dubbed Triple D, Billie Jo’s new role as prospect comes just as the man she thought would be her forever slaps her with a truth that shatters her heart and nearly crushes her spirit. But when she is confronted by a second man – one she thought she’d never see again – 3D has to decide … will she be able to get her tattoo and give ‘em too? 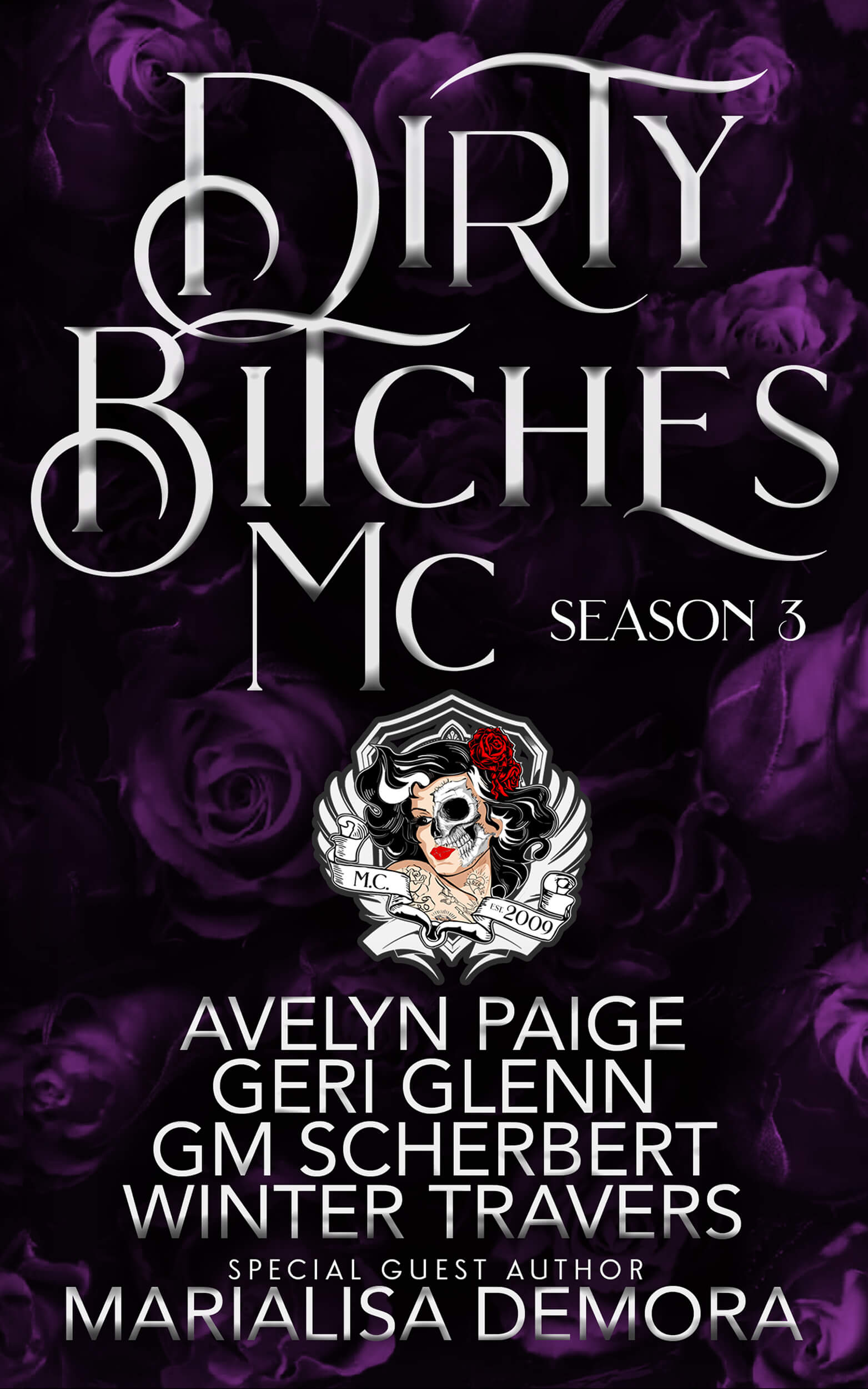 The Dirty Bitches MC is back, and this time they’ve brought friends! Four new readers and one badass guest author have joined forces with your favorite bitches to bring you the most exciting season yet. Magnolia Springs may never be the same again.

Maybelle Brooks is a talented fugitive recovery agent, a skip trace who relishes the challenges of her chosen career. She’s blessed with a quirky family she loves and is tested by a work rival who makes her crazy in too many ways. Her current job is leading her straight on a path of collision between both of them, and the impact will land her directly in harm’s way. Just how she likes it. What can go wrong?

After finally getting a chance at her dream job, Sophia Pederson doesn’t think twice, before speeding off too Magnolia Springs. Everything is going smoothly, until a minor incident on the way to her interview puts her in the crosshairs of a man that checks every box on her list, except for one. He’s a complete jerk who knows how to get under her skin, but then things begin to change. When he saves her from the kiss of death, she realizes he might not be exactly what she originally thought.

When men die at your feet… literally… maybe it’s time to quit dating. Unless silver fox Jake decides to fall into my bed first.

Always Run to You – Geri Glenn and Harley Rae

Raven Collins is damaged. She hasn’t left her house in over a year and that’s just the way she likes it. But when two bikers are murdered right outside her house, every detail is caught on her security cameras. Now her sanctuary is overrun with intimidating men, and one of them has his sights set on Raven. She’s not ready for what Mason has in mind, but when trouble comes looking for her, she may not have a choice.

I’ll Be There For You – GM Scherbert and Nyx Doodle

Cam Lopez has never had it easy. Growing up in foster care and a whirlwind romance followed by the death of her new husband has left her questioning not only herself, but pretty much everything. Will her move to Magnolia Springs start things moving in the right direction, or will she get more of the same- turmoil and grief?